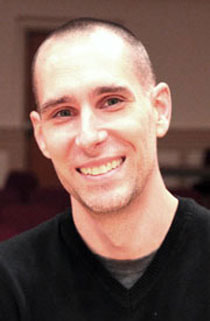 Jason Bielik (jbielik@email.medfield.net) is the K-12 Director of Music for the Medfield Public Schools as well as the Medfield High School Concert Band and Chamber Orchestra Director. He received Bachelor's degrees in Music Education and Clarinet Performance suma cum laude and a Master's degree in clarinet performance from UMASS in Lowell. As a clarinetist he has performed with the North Shore Philharmonic, Metropolitan Wind Symphony, and Sonare Wind Trio. From 2007-2018 he was the director of bands at North Middlesex Regional High School in Townsend, MA, and from 2003-2007 he was the band director in Thompson, CT. His groups have earned gold medals at MICCA and MAJE events and won division titles at NESBA fall and winter events. The NMRHS Wind Symphony and Concert Band participated in the MICCA Gold Medal Showcase numerous times, performing at Mechanics Hall and Symphony Hall. In 2016 the NMRHS Wind Symphony was a featured Concert Hour performer at the MMEA All-State Conference. He has been MMEA Central District Chairperson, MICCA Gold Medal Showcase Coordinator, MICCA Vice President, and currently serves as the Eastern District Chairperson Elect. He has been a presenter at the NPEN Conference, MMEA Conference, and the MICCA Summer Institute. He is the conductor of the Rivers Conservatory Youth Wind Ensemble in Weston, MA and the conductor of the Indian Hill Youth Wind Ensemble in Littleton, MA. 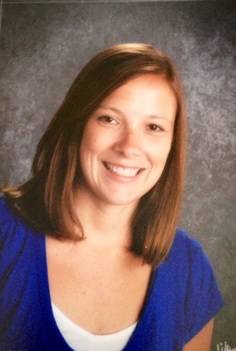 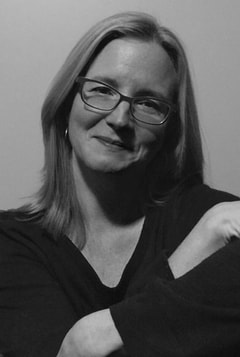 With a keen interest in music’s healing and restorative qualities, Ann Marie Tremblay began her studies in Music as a voice and piano double major, obtaining a Bachelor of Music Degree in Music Therapy from Marywood University. Upon graduation, Ms. Tremblay worked as a Music Therapist at the University of Texas Medical Branch in Galveston, Texas.  Missing both New England and the stage, Ann Marie completed her Music Education certification at Boston University and continued to earn a Masters Degree in Music Education at The Boston Conservatory. Choral music quickly became her passion; serving as Choral Director in the Medfield Public Schools, at Wellesley High School, Nipmuc Regional High School, and recently returned to the Medfield Public Schools where she is currently employed.  Ann Marie has served as a Southeast District Vocal Adjudicator, presenter at the Massachusetts Instrumental and Choral Conductors Association (MICCA) Summer Institute, MICCA Choral Festival Chairperson, and Housing Manager for the All-State Music Festival, among other professional responsibilities. Ms. Tremblay has traveled extensively with all of her ensembles both in the Northeast region of the United States, New Orleans, Cuba, Germany, and Austria. Her performing groups have participated in the MICCA and Massachusetts Association of Jazz Educators (MAJE) Gold Medal Showcases, singing at the Hatch Shell on the Esplanade, Berklee Performance Center, Symphony Hall, and the renowned Seiji Ozawa Hall at Tanglewood. Ann Marie loves to travel and spend time with her husband, three children, and two dogs 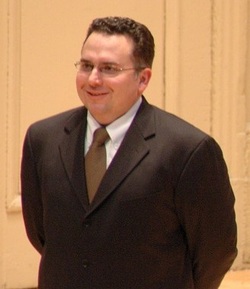 Ryan Dexter (rdexter@email.medfield.net) is in his 19th year as the elementary and middle school band director for the Medfield Public Schools. Mr. Dexter’s responsibilities include conducting the grade 5 band at the Dale Street School and the grade 6, 7 and 8 bands and jazz ensembles at the Blake Middle School. He teaches elementary woodwind, brass and percussion classes and oversees more than 250 band students each year.

Under Mr. Dexter’s leadership, the middle school bands have received numerous excellent and superior ratings at the state festival since 2001. They have performed at Symphony Hall in Boston and Mechanics Hall in Worcester. They have also participated in the Music in the Parks and Great East festivals where they have received excellent ratings each year over the past two decades.

Since 2002, Mr. Dexter has served on the Massachusetts Instrumental and Conductors Association Executive Board in several capacities including Concert Festival Chair, Public Relations and currently as Secretary.

Mr. Dexter has been a private saxophone instructor for over 20 years. Many of his students have been accepted to junior and senior district, all-state and all-eastern honors band and jazz ensembles. They have successfully auditioned for highly regarded programs across the region including the Junior and Senior Massachusetts Youth Wind Ensembles at New England Conservatory, the NEC Preparatory School Jazz Program, the NEC Youth Jazz Orchestra, the Boston University Tanglewood Institute Saxophone Workshop, the LONGY School of Music, the Litchfield Jazz Camp and the South Shore Conservatory.

Mr. Dexter received Bachelors degrees in Music Education and Performance from the University of Massachusetts at Amherst and a Masters degree in Educational Leadership from Framingham State College. He has studied saxophone with Armand Rapoza, Tony Coelho, Ted Casher and Lynn Klock and has studied conducting with Malcolm Rowell. His other interests include following Boston sports, Scouting (Eagle ’90), and chess.  ​ 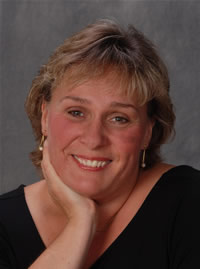 Barbara Oxholm (boxholm@email.medfield.net) teaches at the Dale Street School and has a passion for teaching General Music to all the students there.  She has piloted new programs such as The Dale Street Chorus and The Recorder Club since becoming a member of our staff.  She received her BM in Music Education from the University of Lowell in 1980 and MM in Vocal Performance from the New England Conservatory in 1986.  Throughout her career as a music educator she has offered private instruction in vocal technique.  She is an active member of both the New England and National Chapters of the American Orff-Schuwerk Association and implements the Schulwerk teaching philosophy and her knowledge of vocal technique in her teaching endeavors here in Medfield.  She currently performs with and acts as vocal coach for a contemporary gospel ensemble based at Celebration International Church in Wayland. 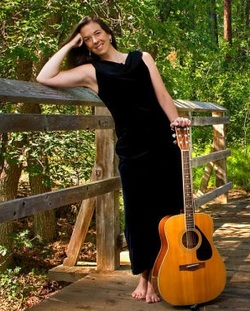 Eithne (pronounced "Eth-na") moved to Arizona where she received training from the Center for Music and Young Children in early childhood music education. During her ten years in Arizona she designed and developed a music curriculum for White Mountain Montessori School and taught music in preschool, kindergarten and grades one through four. She was the founding director of Music Together of the White Mountains in Pinetop, AZ. She performed regularly as lead vocalist and guitarist with her band Houseblend, an acoustic/folk four-part ensemble and led music ministry at a Native American mission church on the White Mountain Apache reservation.

Eithne and her family moved to Massachusetts from Arizona in 2011. She graduated with a Masters of Music in Music Education from The Boston Conservatory in 2015. She has been an instructor for the World Music Ensemble class at Northeastern University and regularly collaborates with faculty and students at Berklee College of Music. She is a certified Level III American Orff Schulwerk Association teacher and an active board member of the New England chapter of the Orff Schulwerk Association. 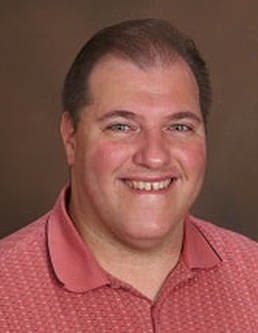 Mr. Ruggiero (druggerio@email.medfield.net) has taught music for 19 years. Seventeen years have been in Medfield and the other two were in Sharon and Newton. In Medfield, Mr. Ruggiero is assigned to the Memorial and Dale Street schools, and he likes to be called, "Mr. R".
At Memorial, he teaches kindergarten and first grade music. During his tenure there he has composed and taught various patriotic and social competency songs. The patriotic songs can be heard during the grade one annual Salute to the American Symbols show which is ready for production near Memorial Day. At Dale Street, he teaches violin and viola to students in grades 4 and 5. He also helps with the fourth and fifth grade ensembles.
In January, 2011, he started the Ngoma Dzakanaka Marimba Band, here, in Medfield. The band name means "beautiful songs". The group is extra-curricular and falls under Adult Education. The music is from Zimbabwe, inspired by Zimbabwean music or composed by Mr. Ruggiero or the members of the band. The band is comprised of students in grades 5-12. It performs at least twice per year in and around Medfield, and the first performance is also a fundraiser which helps support Dale Street School’s fundraising efforts for the Coalition for Courage, an organization that supports orphans in Zimbabwe.
Mr. Ruggiero also runs a marimba class for students in grades 4-5. This class is offered as part of the Dale Street School Intermural Program. In this class, children build skills while playing various marimba pieces, and at the end of the year, the students might be invited to be part of the Ngoma Dzakanaka Marimba Band.
Mr. Ruggiero was a Music Education major at Rhode Island College and has earned his Masters in Education from Lesley University. The focus of that degree was Arts integration. He is also Level III- certified in Orff Schulwerk, which is an approach to teaching music.
Mr. Ruggiero has served as a clinician at the Massachusetts Music Educators Conference and has taught at the Massachusetts General Music Festivals. He also serves as treasurer for the New England Chapter of the American Orff Schulwerk Association. He was one of the 2012 recipients of the Excellence in General Music award, and one of the recipients of the Robert C. Maguire Global Perspectives in Education award.
Finally, in 2011, he co-composed a book of Zimbabwe-inspired marimba pieces that can be taught in the general music classroom. It is entitled, High Sticking and was released under Beatin' Path Publications. It is currently selling in major music catalogs, such as Music is Elementary and West Music. One of the compositions was also used as part of the marimba curriculum in the World Music Drumming Program.
For information about Memorial's music program, please visit Mr. Ruggiero's website at memorialmusichappenings.weebly.com (link the site), and for information about the marimba band including rehearsals and upcoming performances and visit ngomadzakanaka.weebly.com (link the site). 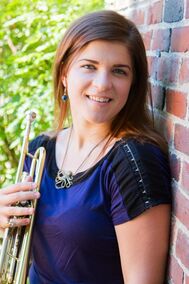 Maria Price is a multi-instrumentalist and educator originally from the MetroWest/Greater Boston area.  She teaches the Dale Street Band and instrumental lessons in Medfield.  Maria has previously taught in the Dedham Public Schools, where she incorporated elements of John Feierebend and Edwin E. Gordon’s music education methods to create an environment of “tuneful, beatful, and artful” learners.Maria received her Bachelor of Music from the University of Massachusetts Lowell, earning a dual degree in Music Education and Music Performance within 4 years, and graduating Summa Cum Laude.  She went on to earn her Masters in Music Education from The Boston Conservatory at Berklee.

In January 2019, Maria returned to Massachusetts from two years abroad in Kenya, where she worked as Strings Teacher and Director of School Orchestras at the Mount Kenya Academy in Nyeri, Kenya.  During her time at Mount Kenya Academy, she coached many individual students through ABRSM playing exams, and led the MKA Senior School orchestra to place 1st overall in the nation-wide Kenya Music Festival in August 2018. Maria has a great interest in traditional music of the world, and has studied Cambodian music under master teacher Sovann Kohn, Ugandan drumming and xylophone/madinda music under master teacher Moses Buyondo, traditional Irish music at the Comhaltas Ceoltóirí Éireann, and Ewe dance drumming at the Dagbe Cultural Centre in Kopeyia, Ghana.  She has also played with Gamelan Laras Tentrem based out of Tufts University.  You can probably find her attending Irish sessions at pubs around Boston, or performing around Boston with the AfroBrazilian percussion fusion ensemble, Grooversity. On violin, Maria has studied violin privately with Mariel Vandersteel, and with Eamon Coyne of the Comhaltas Ceoltóirí Éireann in Brighton.  She plays violin with the Parkway Concert Orchestra. On the trumpet, she has studied with Joseph Foley of the Boston Pops, and Steve Emery of the BSO.  She has recorded with local artists such as Clara Berry and Bearstronaut, and has played regularly with the Longwood Orchestra, Harvard's Lowell House Opera, and Brookline Symphony Orchestra.  During her time at UMass Lowell, Maria was the principal trumpet of the UML Wind Ensemble and played mellophone with the UML Marching Band, where she was awarded "Best Musician" for the 2011 season. She served as a judge for the Round I of the 2019 Note-worthy Experiences Scholarship Competition. When she’s not teaching or playing music, Maria enjoys exercising her body through yoga and exercising her mind by reading or learning a new language.